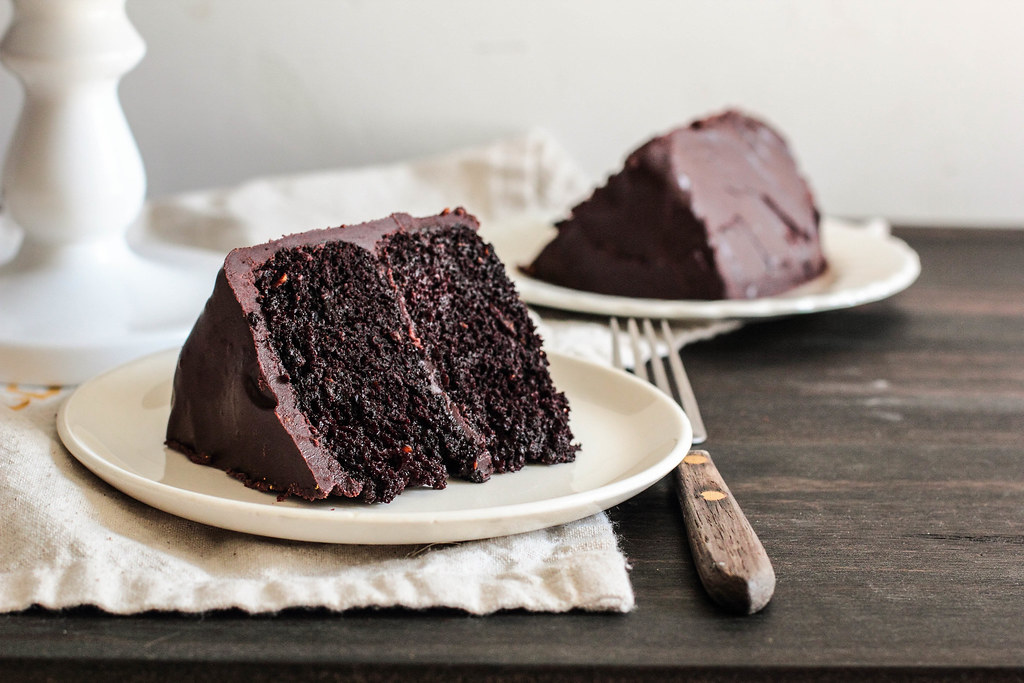 The feeling of spring is in the air, unusual for this time of year. Normally, the Upper Midwest is still buried in a thick layer of white, and spring is just a dream over the horizon. But now the snow has melted, and with unseasonally warm weather and longer daylight hours, I feel the anxiousness of  summer to arrive. To subdue my restlessness (and dread that winter will shortly reappear), I headed to the place where I feel calm.

With a few hours to spare, I decided on baking an everyday cake. With no occasion to celebrate or holiday to observe, a cake makes an ordinary weekend feel a little brighter. 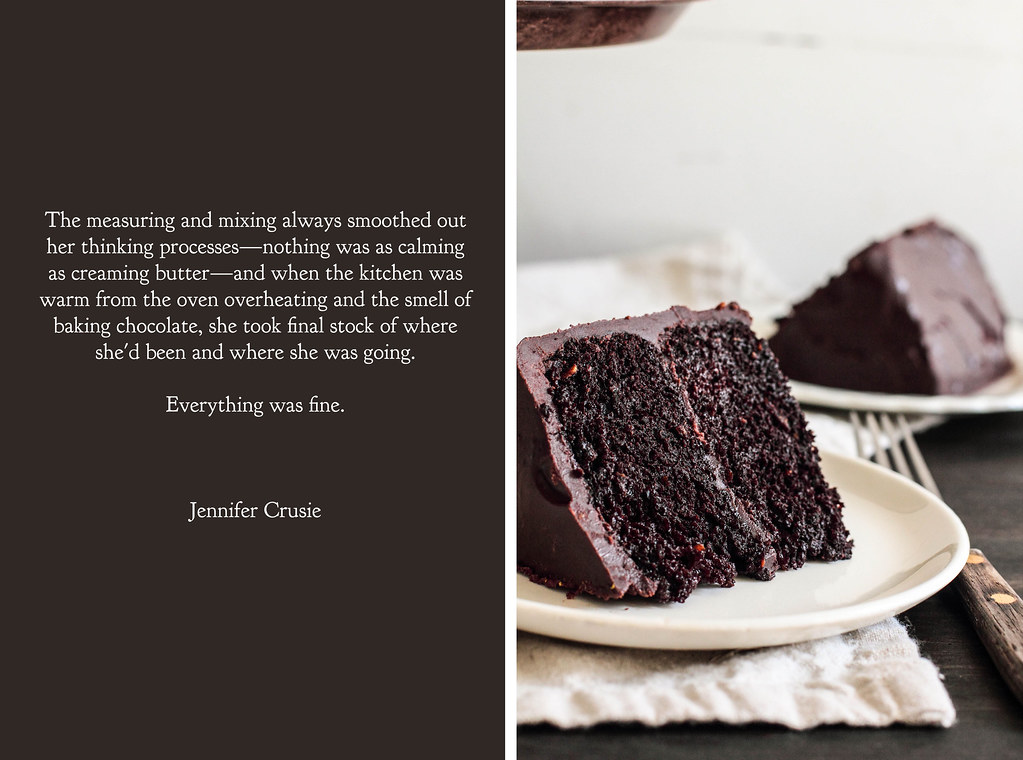 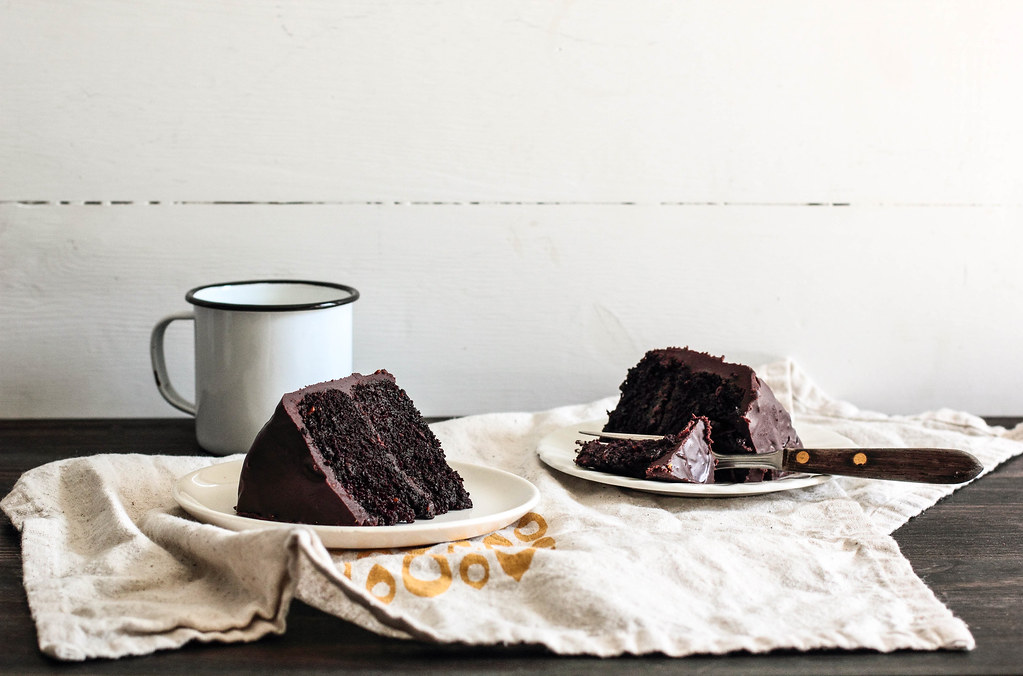 Oftentimes, I feel that some cakes—especially cupcakes—act entirely as acceptable vessels to consume frosting. When an average cake, perhaps slightly dry, is covered with a mound of buttercream, there is little complaint. Good buttercream frostings have this redeeming power (and thank goodness as it has rescued many a cake of mine).

With this particular cake, however, I prefered the cake itself to be the true star. To make the crumb tender, sour cream and buttermilk were used to soften the texture. Orange zest was rubbed into the sugar to release a vibrant orange scent and flavor. And, once the cakes were baked, the layers were brushed with fresh orange juice to give it a final touch.

As a lover of chocolate and orange flavors together, this cake managed the fusion with ease. 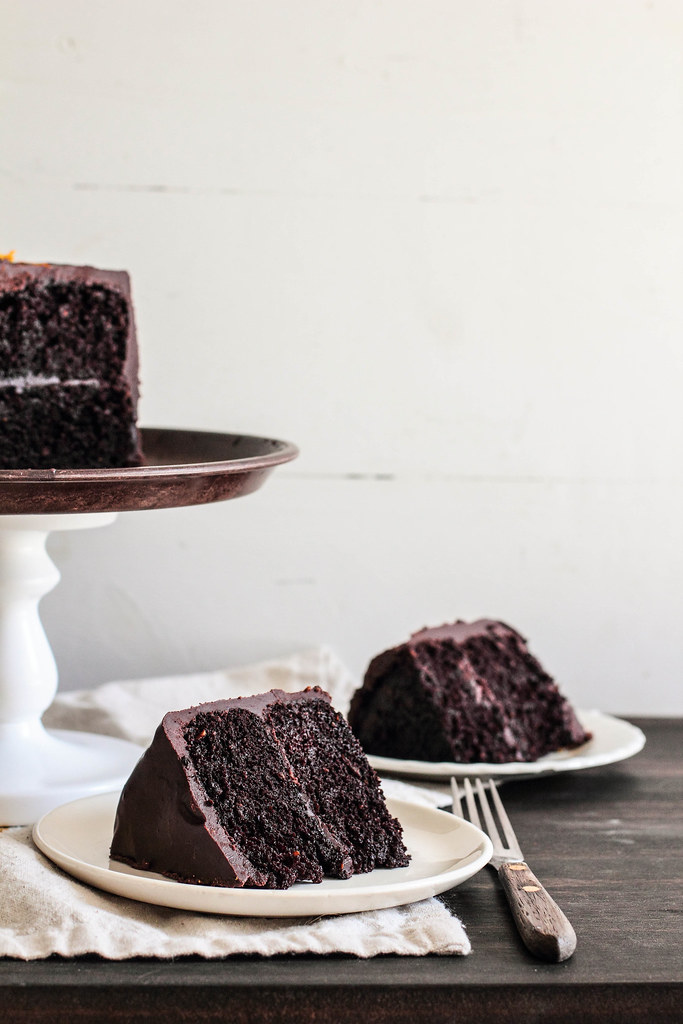 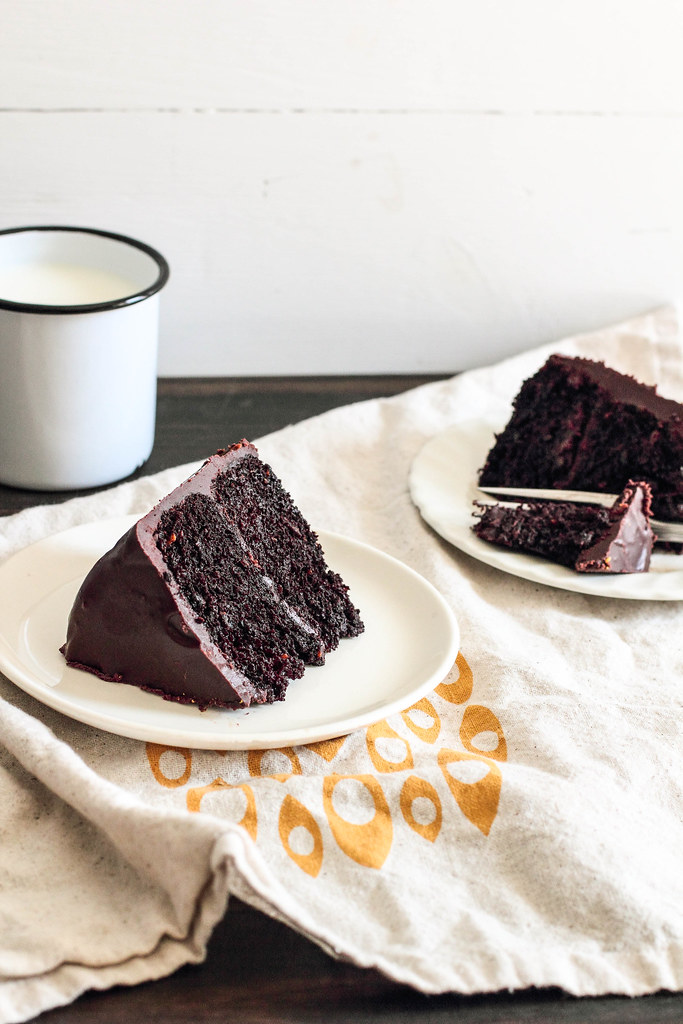 This Chocolate Orange Layer Cake is fresh and light. The cake is tender which balances the glaze that is thick and rich. I suggest a lighter touch of glaze than seen in the photographs—just enough to seal in the layers—so it will meld with the cake instead of acting as a separate layer. For all the chocolate and orange lovers, this cake is for you.

In a large bowl, combine granulated sugar with orange zest, rubbing it between your fingers to release the oils. Beat in the eggs, vegetable oil, sour cream, and vanilla extract until well combined.

Gradually mix in the flour, cocoa powder, baking soda, baking powder, and salt, alternating with splashes of buttermilk. Stir until batter is uniform.

Divide batter evenly between baking pans and bake for 40-50 minutes, or until a toothpick inserted into the cake comes out clean with a few crumbs. While cakes are cooling, use a fork to poke a few holes in the top of the cake and evenly brush on the orange juice so it soaks in. Cool cakes to room temperature (or chill) before frosting.

In a medium saucepan, melt the chocolate and butter on low until smooth. Remove from heat and stir in orange zest, sour cream, and orange liqueur. Allow to cool for 15-20 minutes to thicken.

To assemble, carefully place one layer of cake onto a serving platter, brushed side up. Spoon glaze onto surface until desired thickness. Arrange the second cake layer on top of the first and frost the cake with remaining glaze. I have found that a cold cake is easier to frost because the chocolate glaze will harden when it comes into contact with the cake. However, waiting until the frosting is thick and can hold its shape will also work and be easier to spread along the side. I also suggest a thinner layer of glaze than shown in the photographs to have a more even cake-to-frosting ratio.

Before serving, dust the top of the cake with orange zest.

We have 1992 guests and one member online