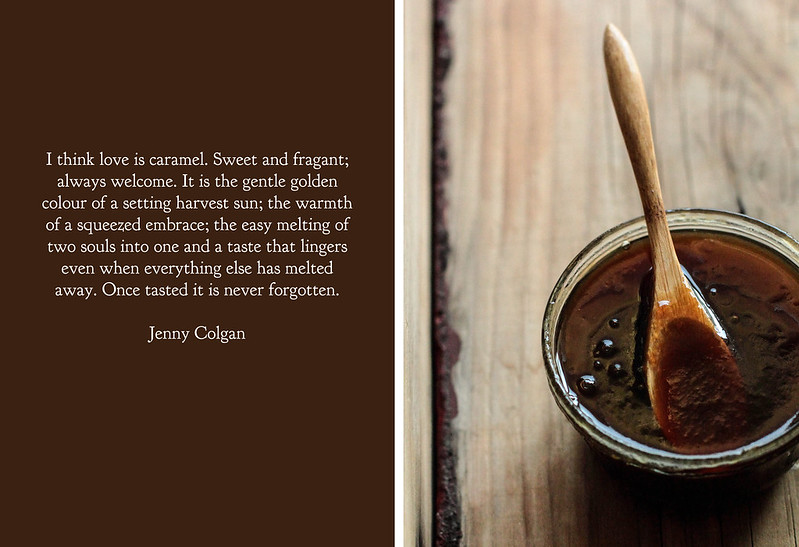 Since discovering my dairy intolerance two years ago, I've been on the search to find dairy-free replacements for many of my former beloved butter and cream-filled desserts. Cakes and cookies were easy to convert, ice cream and confections were a bit more challenging, but I've managed to eat and eat while since. Though I found my intolerance curse in the beginning, I have made due with the cards I've been dealt.

The first major victory for dairy-free replacements was vegan whipped cream. It put up a brief fight, but relented when a can of coconut milk came to the rescue (as it so often does for dairy-free alternatives). Eager for a second victory to add to my list, I chose to tackle caramel next. Certainly, this could not be more difficult, I told myself, as I started working on my first batch.

For the next month, each weekend I created a new batch and, shortly thereafter, tossed it directly into the trash. As it turns out, dairy-free milk alternatives do not hold up like heavy cream; the fat structure is too dissimilar. The coconut milk caramel, once cool, developed a look quite similar to bacon fat. The soy milk caramel was lumpy and dropped off the spoon like heavy rain drops. It seemed, for a short time, that my dreams of dairy-free caramel would have to be tossed in the trash as well. 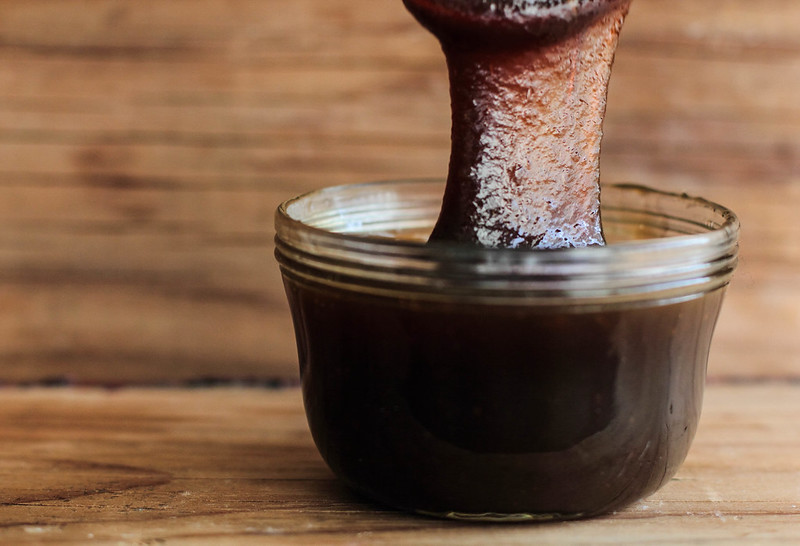 As I let the idea simmer in the back of my mind, it occurred to me that I might have to rethink the caramel in a more drastic sense. With a helpful bit of research, I went back to the ever faithful can of coconut milk. Instead of adding it to molten sugar, as I had done before, I simmered the milk down to a thick sauce with brown sugar to prevent the fat from separating. The brown sugar lends a caramelized flavor and the coconut milk provides the sticky, perfect-for-drizzling texture. I would suggest using light brown sugar instead of dark (or, ideally, a mixture of the two)—the dark brown sugar (pictured) is on the edge of becoming too bitter for the final product.

While the vegan caramel tastes like real caramel to my dairy-free palate, it was described to me by dairy-lovers as "coconut butterscotch." Drizzled over ripe pears or apple slices, I doubt many would notice or care about the differences. 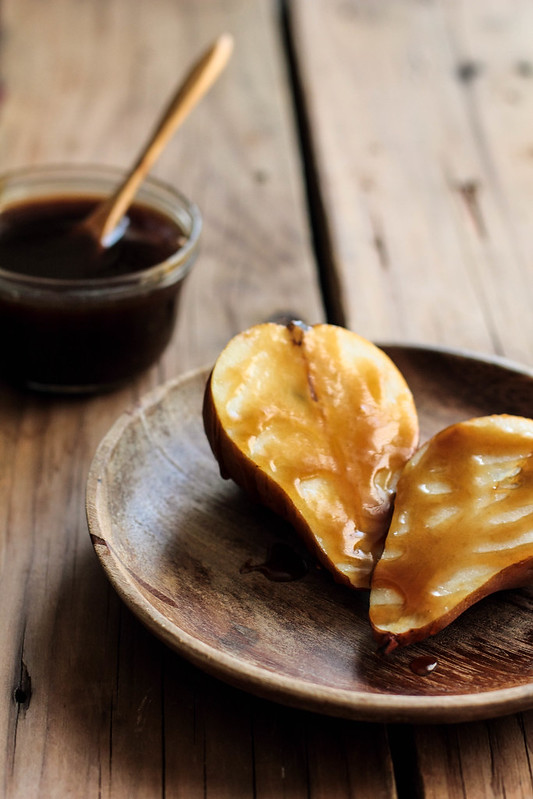 Vegan caramel is created from a mixture of coconut milk and brown sugar simmered down until it forms a thick syrup. It may be a different take on caramel but, for those with food restrictions, it is a dream. The caramel pairs well with fresh fruit and can (and should) be drizzled over pastries and bowls of ice cream. For a smooth final product, I recommend running it through a fine mesh strainer.

For those of you who love the classics, this basic caramel recipe may be more your style.

In a large saucepan, whisk together the coconut milk and brown sugar. Bring to a boil over medium high heat, reduce temperature, and simmer for 25 to 35 minutes, or until it thickens into a syrup. It can be simmered longer for a thicker sauce. Remove from heat and stir in the vanilla extract.

For a smooth sauce,  run the caramel through a fine mesh strainer.