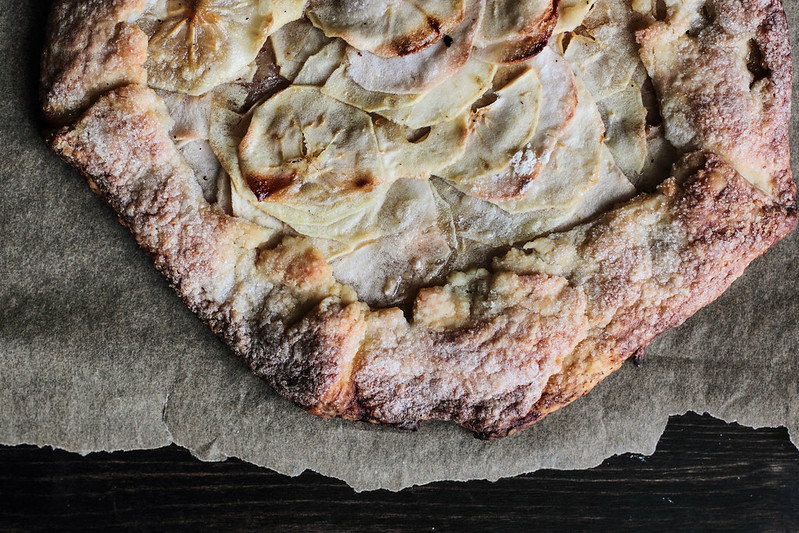 The nearest apple orchard is a half hour drive on a gravel road. Cars come away wearing jackets of dust and teeth chatter from the bumpy ride, but the bushels of fresh apples make the journey worthwhile. After pulling up at the orchard a few weeks ago, eyeing the rows of apples trees lining the nearby hills, I was told by an exasperated owner that there were no apples to be had. It had been a bad year for the fruit and the orchard was bare before the season even hit its stride. I laughed at the irony—how could an apple orchard be out of its namesake?—and was handed a small box for raspberries and shuffled off to the greenhouse to do some picking.

I came away with a pint of raspberries, a carving pumpkin, and arms scratched up from the thorns. My bushels of apples would have to wait. 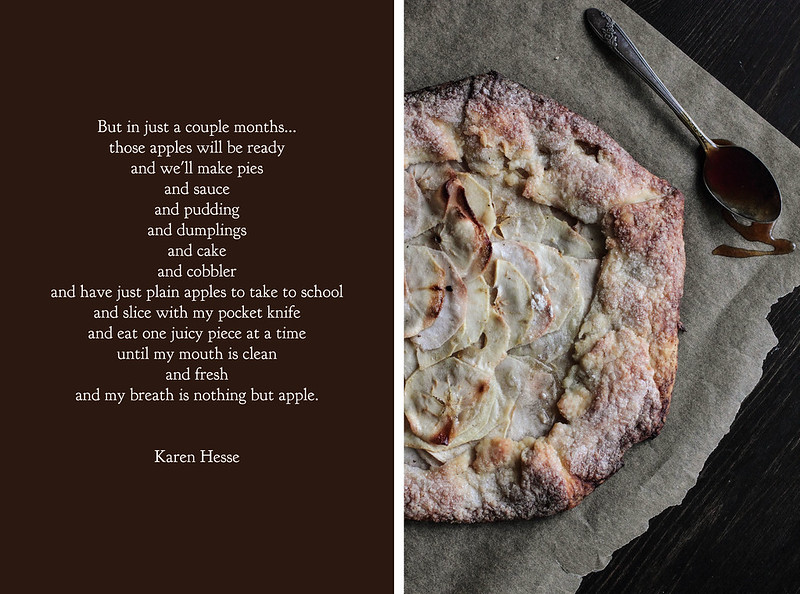 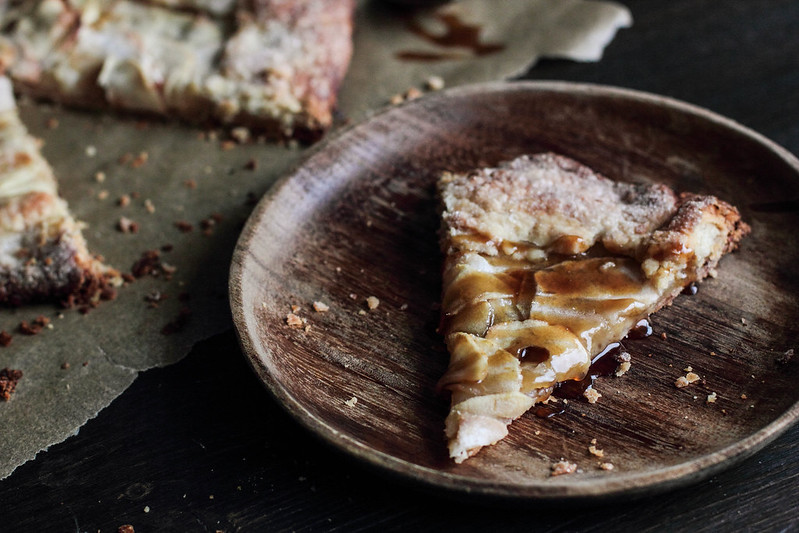 The neighbors at my childhood home have an apple tree in their backyard that hangs over the fence. It is a difficult tree, producing ping pong-sized apples on the good years, and little to nothing on the bad. When my sister and I were much younger, we would pick the small apples from the low hanging branches as treats before dinner, burying our cores beneath the leaves to hide the evidence. I cannot imagine the neighbors or my parents becoming upset over our secretive afternoon snacks, but it was a game we played with ourselves.

I visited my home this past weekend and was welcomed by a tree full of large apples. The tree had finally thrived. The neighbors asked me to take some off their hands so I picked a couple boxes full. This year, it seemed the apples had come to me. 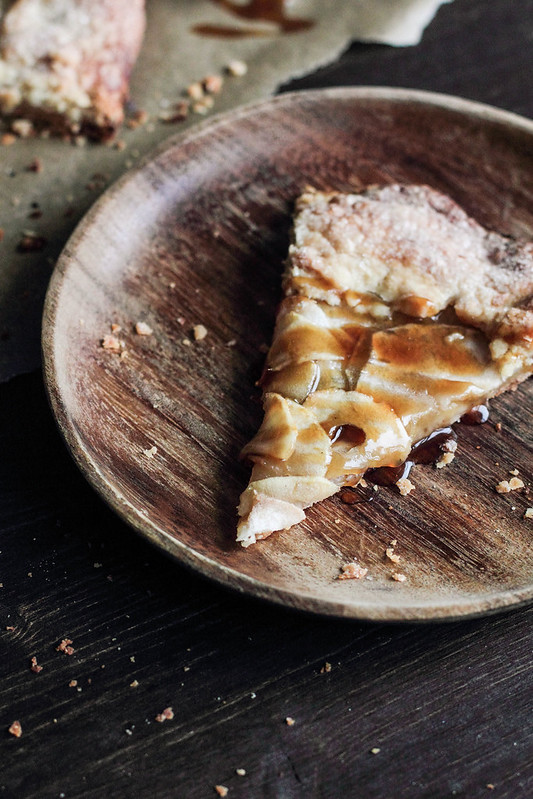 Apple desserts, joined by warm spices, compose a chord in the flavors of autumn. Each year, I hunt for new ways to create and enjoy them. Still thinking longingly of the Plum Almond Galette from last July, I made this apple dessert in a similar vein. It feels like it fits somewhere between a pie and a tart, with a flaky crust and spiced filling to round out the textures. It is a relatively quick dessert to assemble, when compared against the complexity of assembling of a pie or the time spent blind baking a tart crust.

When drowned in warm caramel, it just feels right. 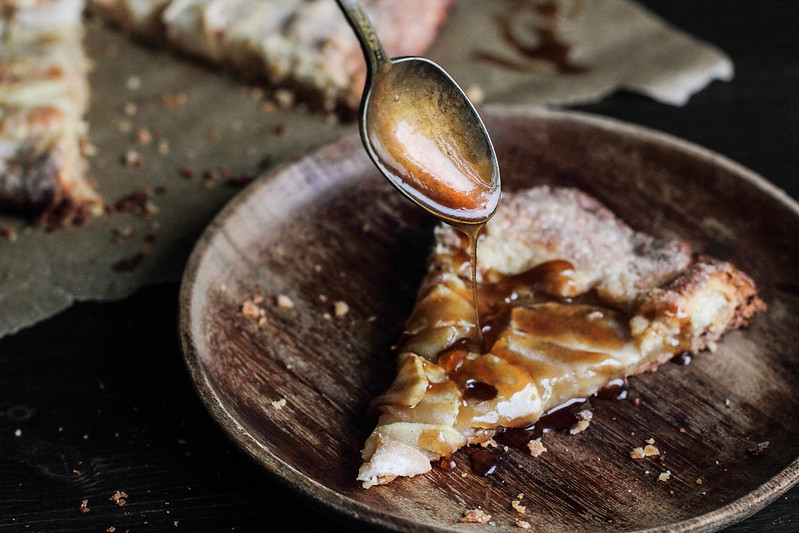 The Rustic Apple Tart comes together using a pie crust (homemade or storebought) and thinly sliced apples. A cinnamon spiced almond filling rests below the apples to round out the flavors and absorb juices while baking. Though the tart can stand alone, do yourself a favor and serve it with warm caramel and whipped cream or vanilla ice cream.

In a small bowl, whisk together the flours, 4 tablespoons granulated sugar, and spices. Set aside.

Bake for 40 to 50 minutes, or until the crust is golden and the apples have visibly softened. Serve with a topping of whipped cream or side of vanilla ice cream, with a drizzling of warm caramel.

*To make a quick almond flour, process whole almonds in a food processor until it resembles a fine sand. It may take only a handful of seconds. Be careful not to overprocess or the almonds will release too much oil and begin to turn into almond butter.

**The almond flour may also be substituted for oat flour.

We have 1968 guests and one member online